Various mapping, modeling and reporting activities require knowing where certain crops are more expected than others within the agricultural regions of Canada. Spatial density of crops, as provided in these datasets, specify within the related time frame (2009-2016) in which regions a certain crop is more expected. Regions of high density represent higher temporal and spatial frequency of a certain crop within 2009-2016 time frame in the Prairies provinces and 2011-2016 for other regions of Canada. 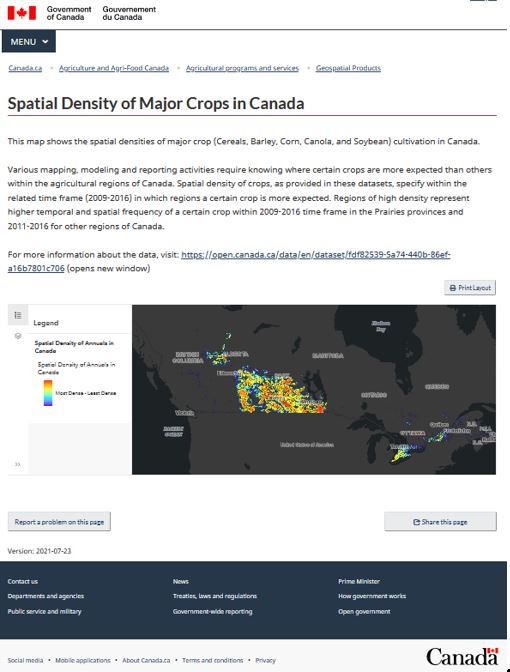 I am from Yemen and I live in

Hello, For information on agricultural work in Canada and how to apply, please visit http://www.cic.gc.ca/english/work/permit-agriculture.asp Regards, Momin The Open Government team