Friday marked the Canadian Open Data Experience Grand Finale in Toronto, Ontario, exactly one month since the largest appathon in the country’s history. This exciting event was hosted by Ray Sharma, the CEO of XMG Studio.

The 15 finalists pitched their innovative apps to the panel of judges, which included Tony Clement, President of the Treasury Board, and industry leader Robert Herjavec, author and Shark Tank TV Host, as well as other experts in the field. Anticipation was high as the judges deliberated before the top three winners and the CODE Fan Favourite were announced.

Congratulations to the CODE 2014 winners… 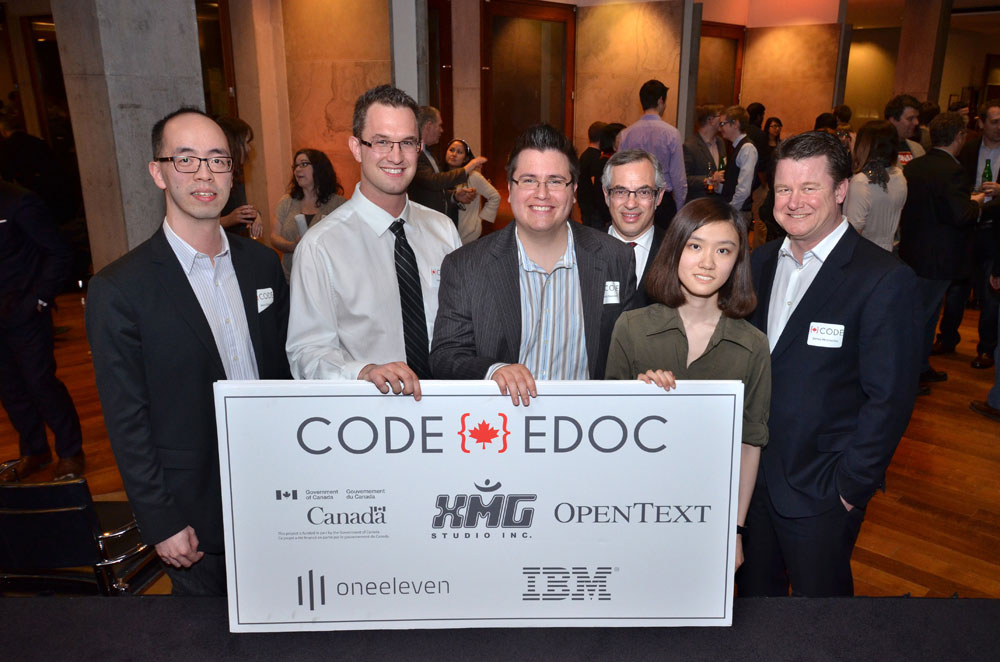 Electric Sheep, the two-member team from Kitchener/Waterloo, made up of Jason Ernst and Carlos Saavedra, developed the newRoots app using data sets from Employment and Social Development Canada, Statistics Canada, the Canada Revenue Agency, and the Canada Mortgage and Housing Corporation. newRoots matches new Canadians with cities that will give them the greatest opportunity to maximize their potential and be successful, productive citizens of Canada. Learn more about the newRoots app on the Electric Sheep team’s profile page, which includes a video and screenshots, or try it for yourself.

Kevin Quan, from North York, developed the A Healthier Commute app using data sets from Natural Resources Canada and Statistics Canada. A Healthier Commute provides users with personalized feedback about the costs of their daily commute to help them find ways to improve their trip to work. Team Quantified included a video and screenshots on his profile page, and you can download the app through Google Play.

Following the awards ceremony, participants had the opportunity to meet venture capitalists.

Congratulations to all of the teams that participated in CODE 2014. You have made it a success by demonstrating the tremendous potential of federal Open Data. This untapped resource offers a wealth of new opportunities for coders and entrepreneurs across the country. Please keep exploring our site data.gc.ca, providing feedback and creating new value with our data sets.

This was such a great event!

This was such a great event!
Image

Data visualisation: How the National Energy Board succeeded to make its data more accessible
END_OF_DOCUMENT_TOKEN_TO_BE_REPLACED