Open data provides citizens with huge benefits on a daily basis. Among other things, it gets you your weather forecast, improves transportation services and allows you to analyze budgetary datasets to understand government expenditures. Federal, provincial and territorial governments (and municipalities) across Canada are custodians of a large amount of data.

Currently, each government defines their own criteria for the datasets they will prioritize for release. This means that datasets are appearing like disparate pieces of a puzzle right now, unrelated to each other and making it difficult for Canadians to compare data across jurisdictions. Data may also be recorded and reported differently from one government administration to the other, which can make it further challenging to integrate these datasets. To address this, we decided to embark on an intergovernmental collaborative approach.

The Canada Open Government Working Group (COGWG) was created to provide a forum for collaboration on open government initiatives across federal, provincial and territorial governments. One of the six key priorities of the Working Group is to identify high value datasets that could then be released across jurisdictions on a priority basis. With a common approach to defining important datasets, there is a higher chance that similar datasets can be released and then connected to provide even greater value. This important work has been led by the governments of Quebec and Nova Scotia in collaboration with the members of COGWG. It is also part of Commitment #16 in Canada’s third biennial plan to the Open Government Partnership: “Develop a list of high-value, priority datasets for release in collaboration with key jurisdictions to make it easier for Canadians to compare data across different governments”.

Full details on these criteria can be found on the open information portal.

Based on the above criteria, the Working Group has identified the following initial 17 high value datasets for consideration across federal, provincial and territorial governments. While these datasets are not mandatory for governments to release, this list should be considered in the prioritization of datasets for release. In order to facilitate the reuse of these datasets, the working group will also collaborate to standardize their dissemination.

How you can help

We need your help to refine this initial list of high value datasets. As Canadian governments release new datasets and try to connect citizens to open data, the goal behind prioritization is to both standardize and better target limited resources. So, did we get it right? Share your views below or by writing to us at open-ouvert@tbs-sct.gc.ca. 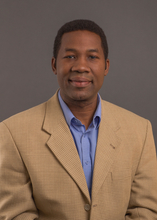 As part of the Open Government team at the Treasury Board of Canada Secretariat, Moses leads the intergovernmental open government work and promotes federal-provincial-territorial multilateral efforts to harmonize the delivery of open government data across Canada. Prior to joining the federal public service a decade ago, he worked in the Academia, where his scientific research spanned earth observations, atmospheric aerosols and modelling of radiative fluxes. His affection for open data and scientific innovation are reflected in his passion for open government and open science. Find him on Twitter at @mosesiziomon.

Call for tender: Datasets on tenders and contracts awards

The CETA trade agreement actually has requirements for a digital & public single point of access for notices of intended procurement. This is a cross-jurisdictional requirement and requires international data standards to be employed to ensure a scalable, accurate and sustainable solution.

I fail to see how several of these sets would fit in categories of any use. Baby names is cute, but useless outside of ordering placemats to sell, but is put forth since vital stats should be able to produce it quickly/easily and check a box. How about income support usage? Government employment sick leave data? Travel records of political members? Expense claims? Years of service of employees to anticipate potential retirements upcoming?

Many of these data are already bought and procured cost effectively through the Canada Council on geomatics. What create duplication?

Thank you for this feedback. This initial work by the Canada Open Government Working Group is more about identifying high value datasets for priority release as open data. As we move to the next phase of  this interjurisdictional work, we look forward to working together with pertinent groups including Canada council on Geomatics to foster data dissemination and reuse.

Data visualisation: How the National Energy Board succeeded to make its data more accessible
END_OF_DOCUMENT_TOKEN_TO_BE_REPLACED