Open Government Week – cause for celebration

As the Minister responsible for Open Government, I invite you to celebrate Open Government Week with citizens and their governments from around the world. You can find an event online or near you to learn about open government, to connect with others interested in civic life, and to find ways to strengthen our communities and our democracy. These are important conversations.

Open government as a global movement

Open Government Week is part of a growing global movement, led by the international Open Government Partnership (OGP). Canada was honoured to be selected to serve as the lead government chair of the OGP for 2018-2019. We want to use this position to raise the bar with our partners around the world over the next year.

The ultimate goal of the partnership is to use open government to better the lives of people the world over. We believe that increased citizen participation and oversight of the workings of governments will lead to better programs and services for citizens. And if we’re persistent, we think that we might just deepen civic engagement, bolster trust and, ultimately, strengthen our democracy.

So we are stepping up in Canada and investing deeply in open government. Take a look at our portal, and the tens of thousands of data sets on there, for a sense of our work. You can also check out our open government tracker for an idea of the work that’s happening across the government. We are also supporting other countries on their own journeys. We consider this a fundamental investment in the success of modern democracies around the world. These are things Canada believes in.

Canadian leadership: being the change we want to see in the world

I’ve written in the past about Canada’s priorities for our term as co-chair of the OGP: participation, impact, and inclusion. They will drive our efforts with the international community to strengthen civic space around the world, and they will drive the work we do in Canada to strengthen our own democracy and to set an example worldwide.

Government ultimately belongs to the people it serves. So we will also work with governments to make public engagement and civic participation critical elements of public policy development. We will publish our targets, measure our impact and share our accomplishments and our struggles in delivering on results so that we can learn and grow together. And we will strive to ensure that under-represented citizens, regardless of gender, race, or sexual orientation, can participate actively in policy-making. We also commit to supporting countries to help women and girls gain more meaningful access to public decisions that directly impact their lives for the better.

Inclusivity is fundamental: when we are faced with complex problems, we need a diversity of views, experiences, backgrounds, orientations and ideas to get the best solutions. Open Government Week is a way to highlight the different ways we can create space for dialogue and improve Canada together.

When we open our governments, we need to open them to everyone. I hope that you will help us make this change. Share your ideas. Work with us on our next Action Plan. Hold us accountable for our progress. You can do all of this starting from open.canada.ca.

Canada has a track record in leading global open government efforts thanks to the ideas, input and involvement of Canadians. For Open Government Week I invite you to explore, participate and join other Canadians and people around the world by attending events and participating in the #OpenGovWeek conversations that interest you.

Thank you for helping us build a better Canada and a better world. 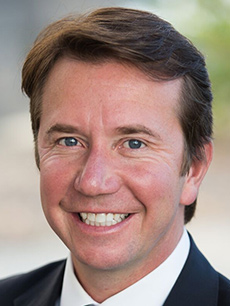 The Honourable Scott Brison, President of the Treasury Board

Minister Brison, the Member of Parliament for Kings–Hants (Nova Scotia), has been elected to Canada's House of Commons in seven general elections. He was a key spokesperson on economic issues and served as the Critic for Finance as well as Vice-Chair of the House of Commons Standing Committee on Finance.

He served as Minister of Public Works and Government Services, and Receiver General of Canada, and was the youngest member of Prime Minister Paul Martin's Cabinet. He also served on three Cabinet committees: Treasury Board, Domestic Affairs and Expenditure Review.

Data visualisation: How the National Energy Board succeeded to make its data more accessible
END_OF_DOCUMENT_TOKEN_TO_BE_REPLACED